Since the dawn of Social Media time, Facebook users have been on a quest to find a solution to the ever-awkward conundrum of liking or sharing a sad, upsetting and (in all likelihood) sensitive post. After years of begging, pleading and explaining that “liking” a natural disaster just simply isn’t cricket, Facebook finally announced that callous, cold-hearted liking would be a thing of the past. Not only were they working on a dislike button, but the much anticipated addition to the social media platform was almost ready for testing.

What Did It Mean For Businesses?

Despite the obvious need to voice sympathy and disapproval in a more thoughtful way, not everybody welcomed the news. And rightly so. As more and more businesses take to the realm of social media to connect with customers in new ways, it begged the question of what impact a “dislike” button would have on brands, social media advertising, and ultimately, your bottom line? Not only do customers have the power to like, share and publically reprimand companies, they would now have the power to “dislike” them in a very public way. Or would they? 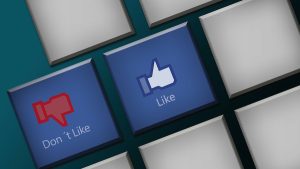 What people didn’t realise was that Facebook was consciously trying to avoid a reddit-style upvotes and downvotes system. Instead of burying a post in your newsfeed or elevating it, the “dislike” button would not be catering for the naysayers and down voters. Instead, Facebook’s sophisticated algorithm would simply have allowed people to express “empathy” more effectively. Of course there was always the potential of users misusing the button – much like the evolution of the favourite button on Twitter – but it would have enabled a new form of engagement. 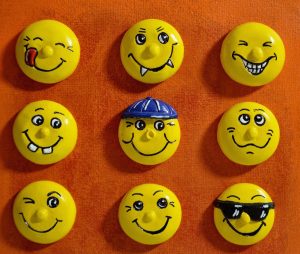 Thumbs Up, Or Thumbs Down?

Despite the outcry (both positive and negative) of the online world, we were rather excited about the prospect of a dislike button. Brands would have needed to look beyond the realm of clicks, likes and shares to measure a post’s effectiveness. It also meant smarter social strategies would need to be in place to ensure better conversion rates and ROI as digital marketers would need to think long and hard before pushing large budgets behind campaigns.

But as Facebook came under fire once again, this time for ignoring the pleas for a dislike button, companies around the world breathed a collective sigh of relief. The new range of emoticons – Reactions – which are currently being tested in Ireland and Spain, will allow users to express love, amazement, anger, sadness and humour without the need to like + comment to convey more complex emotions. Whether this was a calculated move to protect people and companies from unnecessary abuse, or a means to introduce a broader range of emotions on the social media site, we’ll never know. At the very least, a Facebook dislike button would have made things interesting.