3 Things You Need to Know About Twitter’s New Algorithm

A few weeks ago, die-hard Twitter fans were shocked by the news of a proposed change to Twitter’s news feed timeline. Since the dawn of Twitter time, tweets have been ordered in reverse chronological order. In other words, in “real-time”. This real-time, in-the-moment approach to social media has set Twitter apart from other social media platforms for as long as we can remember. So understandably, the news of a change to the much-loved real-time timeline ruffled a few feathers.

Twitter’s new algorithmic timeline allows Twitter to evaluate popular content and display it first. Just like Facebook’s algorithm that delivers content users are more likely to engage with, the Twitter algorithm re-orders tweets based on what the algorithm thinks people most want to see.

Relax. Twitter hasn’t thrown out its much-loved real-time news feed. Not yet anyway. It simply gives users the opportunity to “catch up” on what they might have missed while they were away trawling though other social media platforms. In other words, it’s pretty much the same as the “previously on…” intro to the next episode of your favourite series. So while you can catch up on the latest Twitter war, online gossip or trending hash tag, the remainder of your newsfeed will remain the same. 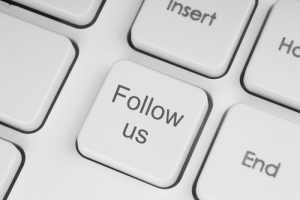 3. What This Means For You

It’s not the first time Twitter has introduced a change to the social platform that got people all in a flutter. From Twitter cards to Twitter hearts, Twitter is constantly optimising its users’ online experience. But this small change in Twitter’s timeline is a big change for your content strategy. By favouring relevancy over recency, Twitter’s new algorithm will reward brands that post great content. So instead of trying to identify, anticipate and piggyback off trending hash tags, all you need to do to make sure your followers don’t miss a tweet is make sure your tweet is un-missable.

To find out more about Twitter’s new algorithm and what it means for your business, speak to a member of our social media content team today.