As 2015 draws to a close, most people in the SEO business are drawing their own conclusions about what to expect in the New Year. By now you’ve wised up to the latest Panda update to be released from the Google zoo. You’ve mastered the art of user optimisation, installed all the latest plugins and updated and optimised the back-end. So what’s next? What SEO trends for 2016 can we look forward to?

Video Content will be Something to Write Home About

For as long as we can remember, written content has been the online norm. Images, infographics, videos and other digital mediums have been nothing more than pretty helpful additions. But in 2016, video content will overtake the written word in reach, engagement, effectiveness and overall ROI. With the rise of video apps like Vine, Periscope, Snapchat and more (not to mention Google’s recent dabbling’s in video ads), a video shift is on the horizon and users are already in position for the video storm.

Earlier this year, mobile searches surpassed desktop searches for the first time ever. Which means that as we head into 2016, mobile optimisation will be more important than ever before. In fact, it will be one of the big SEO trends for 2016 that companies big and small will not be able to ignore. 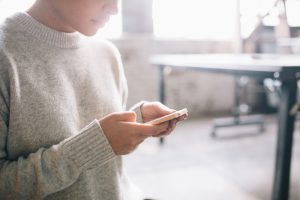 Digital assistants like Siri, Cortana and Google Now will add a new layer to the complexity of SEO. As search engines receive more and more queries from these digital PAs, keyword strategies will have to change. A new type of long-tailed keyword will emerge – keywords that mimic the spoken word.

Another one of the big SEO trends for 2016 we expect will make digital waves is the rise of aggregated content. Twitter is already experimenting with a new feature called “Moments” – combining posts, images, videos and news from live events into a single channel so that users can see events unfolding firsthand.

One of the big SEO trends for 2016 will be the increase in social indexing. Google has been working closely with Facebook and Twitter to ensure social posts will be just as important as an independent indexed page. Social strategy, social content and social posting will be more important from an SEO perspective. 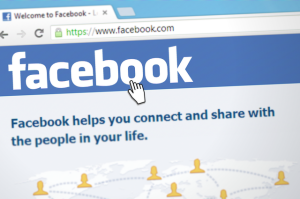 As mobile search gains momentum, we need to prepare for a future where apps may overtake traditional websites in both popularity and functionality. In preparation for the mobile revolution, deep links to apps will start to carry more weight and app optimisation will grow in importance. So if you haven’t developed an app for your business, now’s the time to do so.

Getting Local About Search

As wearable devices and geo-tagging grows in popularity, so too will more specific types of local search. In addition to ranking by country, city or region, you could be ranking for your street corner or neighbourhood soon too.

While we see these SEO trends for 2016 developing in the not too distant future, the real-time digital landscape in which we operate is never certain. The only thing we can count on is an ever-changing online world. And for those of us in the SEO world, it’s time to adapt, innovate and evolve.